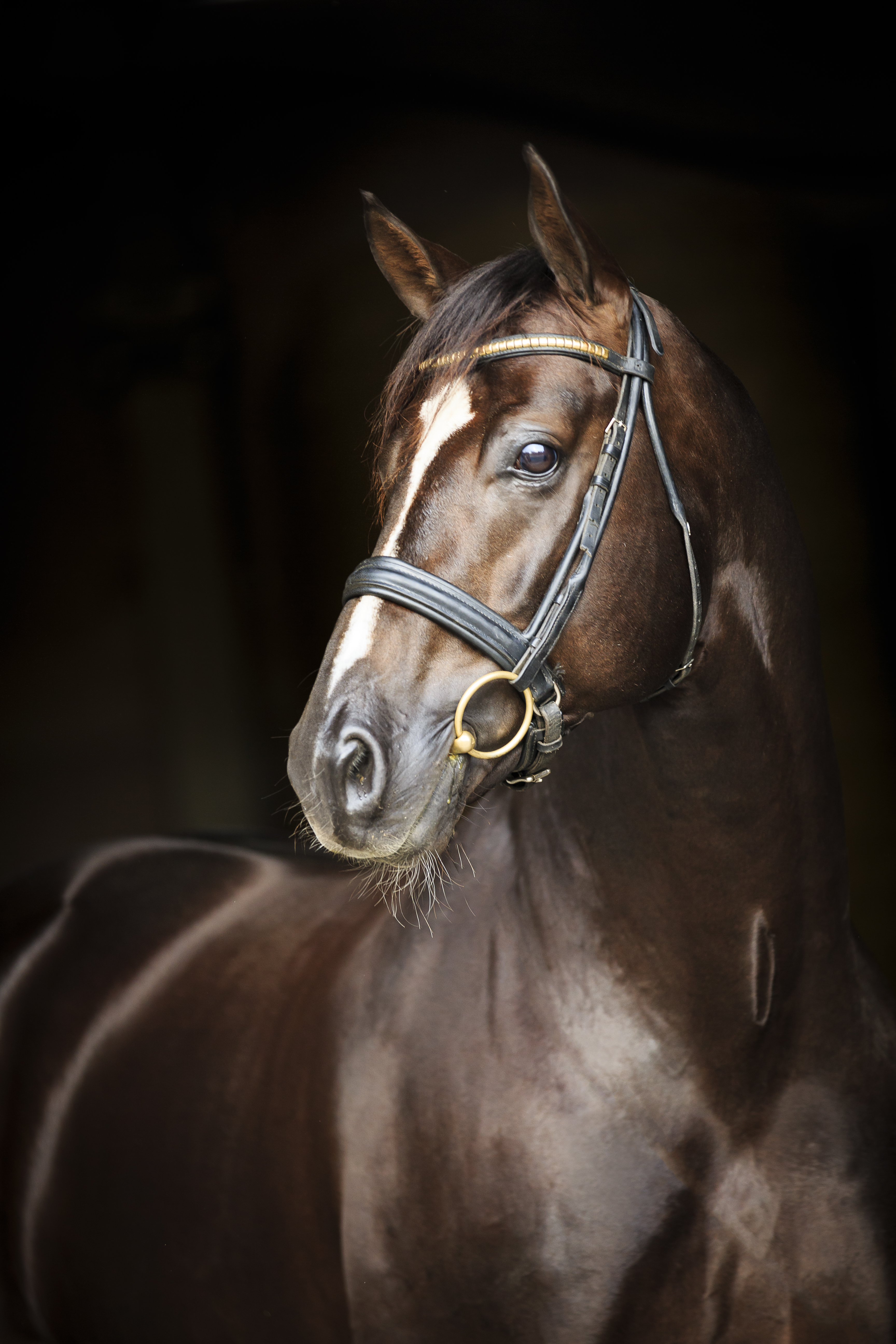 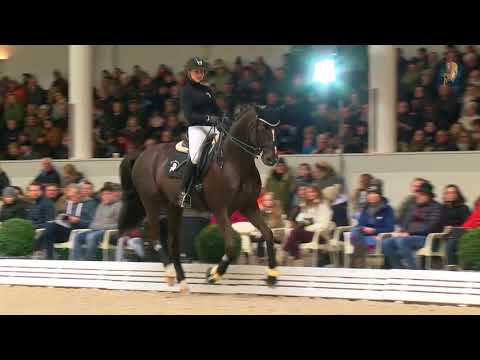 Black Ruby impresses with his exceptionally brilliant type: An eye-catching silhouette combined with correct legs and a flawless conformation. Three first-class basic gaits, a back swinging in rhythm with the gait, promise the best riding-comfort.

In 2010 he became celebrated Premium Stallion at the main licensing in Neustadt/Dosse. Black Ruby proved his exellent dressage talent at his 30-day test in Munich, finishing with impressive 138 points with emphasis on dressage. He also received top scores up to 9.5 for his supple mechanic of movements and for his extraordinary rideability.

His first crops, too, convince with true to type and strongly moving progeny such as a colt that became reserve winner at the Foal Championship of German sport horses in Neustadt-Dosse. Black Rubys eldest progeny are already successful under the saddle in dressage tests up to medium (M**) level. They stand out due to their beauty, rideability and lovely character combined with the prospect for the highest classes!

In sire Belissimo M‘s career one highlight follows another one: top auction horses, record stallion performance test winner, Bundeschampion and, finally, successful Grand Prix horse in World Cup qualifiers under Hayley Beresford. But also his sons and daughters cause attraction – the popular line of Bolero got important boosts from him: 61 licensed sons, 143 state premium mares, four Bundeschampions, 66 progeny competing successfully in advanced (S) level dressage classes – that’s so far the record of this top-class sire. Currently, Bellissimo’s daughter Bella Rose attracted attention under Isabell Werth at the WEG in Tryon as Team and Individual Gold medalist. On the occasion of the licensing in Verden Belissimo was awarded Hanoverian Stallion of the Year 2018.

Black Ruby’s dam Durena is full sister of the licensed stallion Danse Diabolique (USA). The dam’s sire Donnerhall is beyond any doubt in both sport and breeding and, therefore, enjoys epochal esteem worldwide.

In third generation Grundstein II is found. He was captivating with his outstanding quality of movements and presented hard and durable successful horses at the highest level.