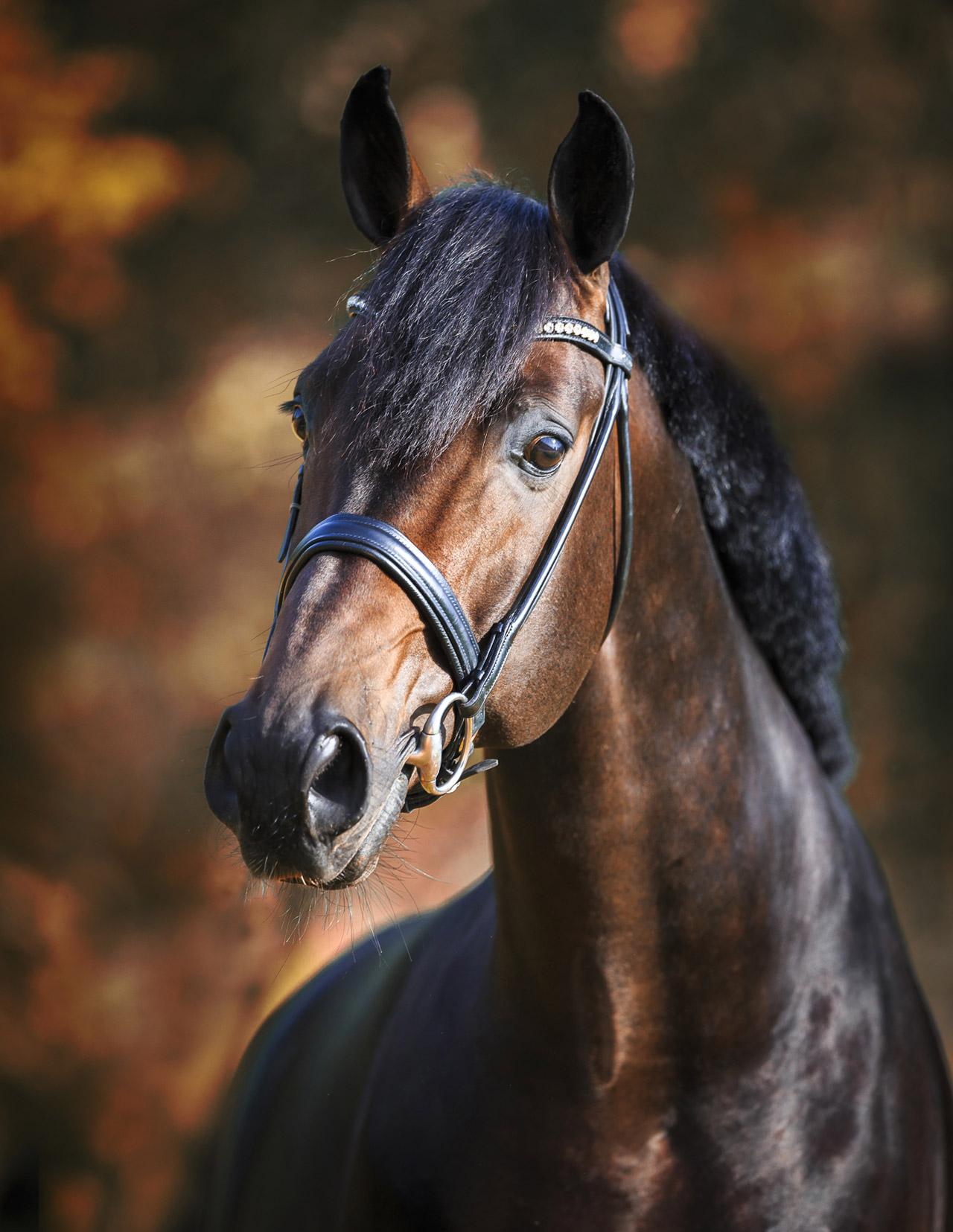 Feu D’Or attracts with his charming type and his breath-taking look. The supple, impulsive action of movements with his striking dynamic, the outstanding canter as well as the ground-covering walk inspired also at the 2011′ Oldenburg licensing in Vechta, where he was awarded Premium Stallion. A spotless conformation and an absolutely lovely character complete the excellent attributes of this stallion.

In 2o16, the only seven-year old Feu D’Or celebrated high placings in advanced (S*) level dressage classes, founding the basis for a promising career in the upper dressage sport. He already met our expectations with current achievements up to Prix St. George Special in 2018.

In breeding, too, Feu D’Or proved himself – so some foals received the coveted admission for the Elite Foal Auction in Vechta. Furthermore, Feu D’Or presented his first licensed son at the Oldenburg Verband. In sport, too, his eldest offspring compete successfully in tests for young dressage horses. They stand out due to their excellent character passed on by their sire Feu D’Or.

The sire Fackeltanz OLD, 2nd reserve Champion at the 2007′ Oldenburg licensing, is meanwhile victorious under Olympic rider Dorothee Schneider in dressage classes up to Grand Prix.
The grandsire Florencio I was Vice Bundeschampion and won twice the World Championships of young dressage horses in Verden with record scores.

Rohdiamant was serial winner in the international dressage arena under Lisa Wilcox and belongs to the world’s best dressage-sires. 110 daughters received the state premium, about 50 licensed sons including the Champion Stallions Ron William, Rhodon and Glock‘s Romanov, about 1,000 successfully competing offspring such as Responsible OLD, Rocelli, Rosselini G, Royal Classic and the 5* Grand Prix victorious Rohjuwel give prove of Rohdiamant’s resounding power of heredity.

The dam Bonita is a Thoroughbred-typed Elite Mare and is as pretty as a picture. Beside Feu D’Or, her son Sir Niro (by Sir Donnerhall I) was as well nominated Premium Stallion in 2009 and her daughter Bellissima, sired by Sir Donnerhall I, received the title State Premium Mare. She produced the Oldenburg premium stallion Follow Him’s Schönweide when bred to Follow me.