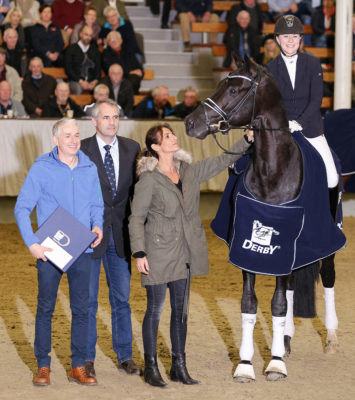 The Westphalian Verband proclaimed D’Egalité as VTV Stallion at the stallion championship on the occasion of the licensing in Münster-Handorf. With this award, the most successful four-year old stallions are honored in Westphalia every year. D’Egalité, who already became Champion Stallion at his licensing in 2015, convinced the licensing committee also under the saddle on the whole line. We are really glad about the fantastic development of this promising stallion with great potential!