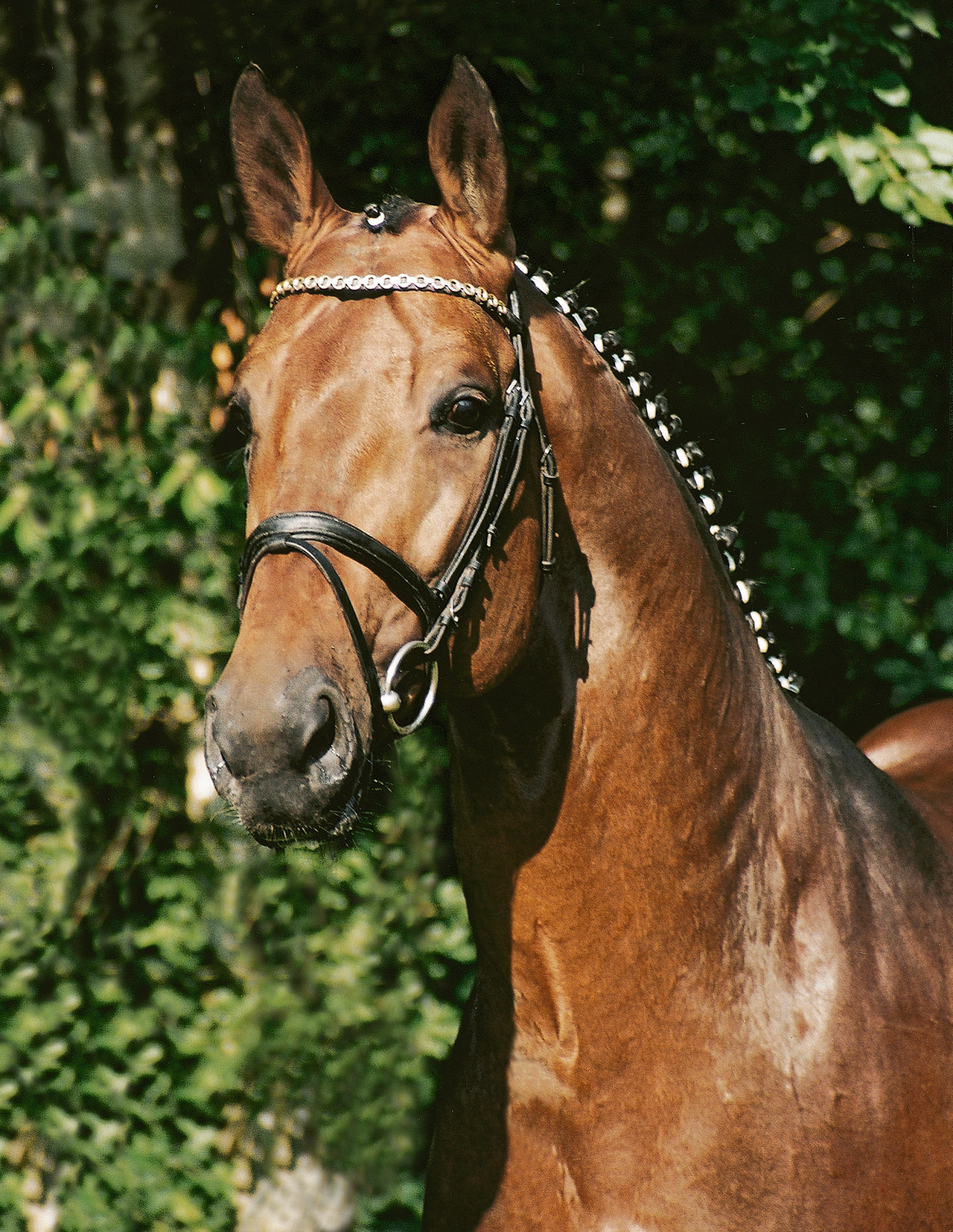 One of a kind: Fiorissimo was a dressage stallion of absolute top class – he was gifted with everything what one expects from a modern dressage horse:

First-class basic gaits, elasticity, cadence and impulsion, outstanding rideability, excellent willingness to learn and ability to collect, paired with a fantastic character and serenity, which you only seldom experience with dressage stallions. Due to a serious injury Fiorissimo had to be put down in 2012 unfortunately.

This athletic natural talent has proven his abilities many times. Fiorissimo inspired under Ingrid Klimke with an extremely successful career in the international dressage arena. Unfortunately, an injury prevented a participation in the Olympic Games in Athens.

Fiorissimo inherits exemplarily his type and elegance, but especially his ideal rideability and willingness to work. Furthermore, he passes on his own outstanding action of movements with his perfect set shoulder for optimal freedom of shoulder as well as his powerful hindquarters. Special mention deserves his first licensed son Fio, who collected many victories and placings in the international dressage arena. Fiorissimo-Junior is another son competing successfully up to St. George level.

The sire Werther – Hanoverian Stallion of the Year 1992 – belongs to the most successful and versatile sires in Germany.