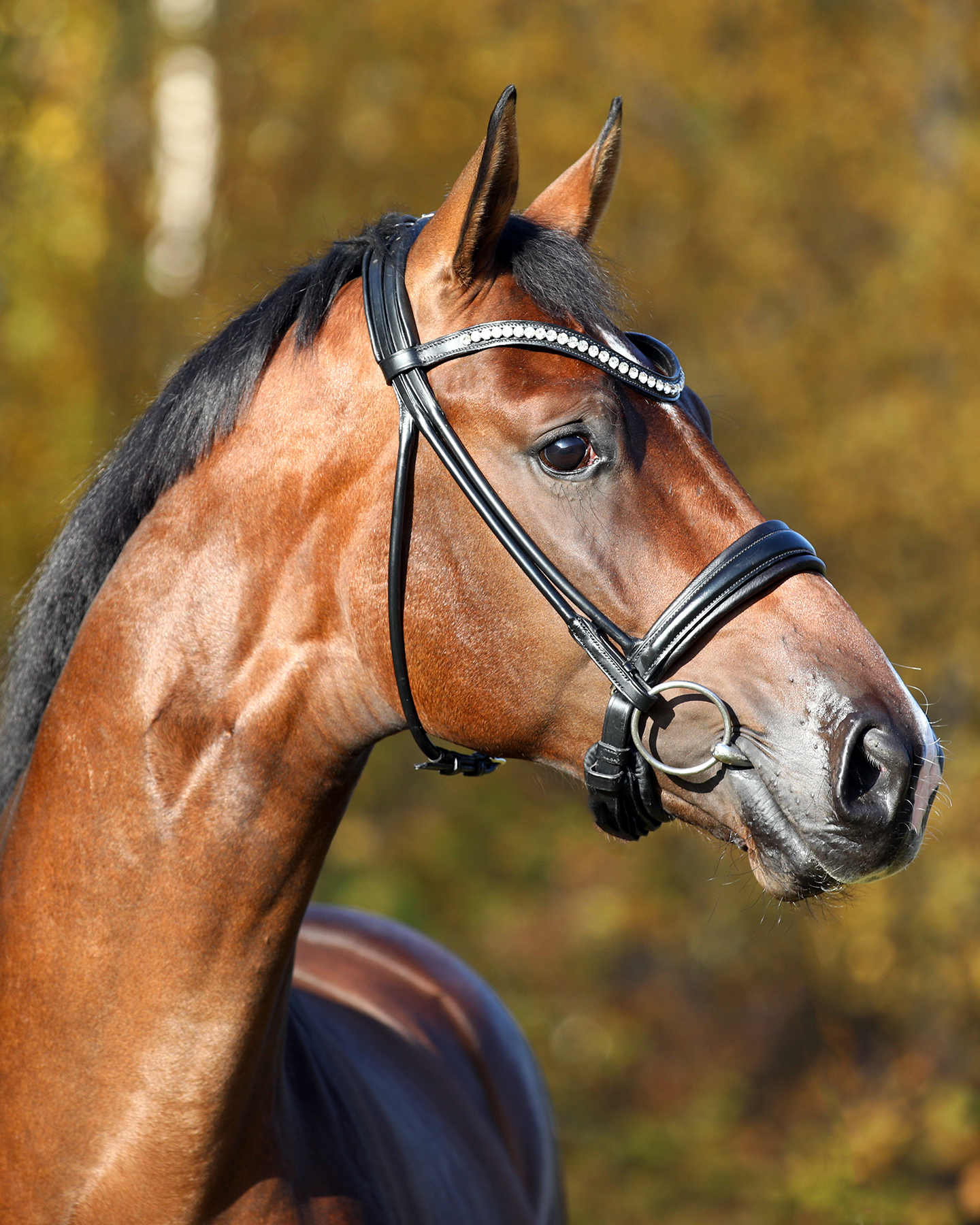 This highly noble motion artist was awarded premium stallion at the Hanoverian licensing in 2020. Heike Kemmer, licensing commissioner and Olympic team winner, made the apt remark: “An impressive stallion from a special genetic pairing. Built ideally, we may expect a great record.”

Democracy inspires with his ideal appearance of a modern dressage stallion. Strikingly elegant with an absolutely correct conformation including very good legs, he meets the golden cut of a perfect look.

This physical model promises also impressive movements at its finest: This young noble man springs playfully light through the arena with a firm rhythm and powerful hindquarters stepping under the centre of gravity. Always surrounded by this special aura and inspiring charisma Democracy knows how to take the breath of the audience. Not less spectacular is the excellent canter of the premium stallion. Democracy presents an uphill canter that is distinguished by power and ground-coverage. Despite of his young age, you can already envision this stallion cantering in the grand arena. His absolutely fantastic basic gaits are completed by a very good walk. Tracking far over, Democracy walks supple and in a steady rhythm right from the spot.

To our delight, Democracy pleases with a great character. Being extremely human-oriented, kind and curious he is happy about every attention. He captures everyone’s heart with his lovely, intelligent and uncomplicated nature.

Democracy got the Grand Prix in the genes. His sire D’Avie FRH was twice celebrated World Champion of young dressage horses in 2018 and 2019 in Ermelo. In 2020, the premium stallion made his debut in Grand Prix and placed with the best right away. A sale to Isabell Werth’s student Lisa Müller brings an international Grand Prix career within easy reach for D’Avie.

The dam’s sire Desperados FRH represented himself the German flag in the international top sport. As a constant member of the German championship team under the saddle of Kristina Bröring-Sprehe Desperados FRH celebrated many successes such as the Olympic team gold medal and individual bronze medal in Rio de Janeiro, the Olympic team silver medal in London as well as team gold at the WEG in Caen.

In third generation the licensing winner and Bundeschampionat finalist Brentano II enriches the pedigree. The Hanoverian Stallion of the Year 2003 caused a lot of attraction as phenomenal dressage sire, whose offspring competed successful in classes up to the Olympic Games.

Democracy comes from a really special formular for breeding success. The world-famous line of Eckernförde II is one of the most precious and well-cared lines of the Hanoverian breeding. Democracy’s dam is none other than Destina, full sister of the internationally successful Grand Prix stallion Destano/Simone Pearce. Granddam Bella Navonna presented also the advanced (S) level successful dressage horse Fiodora. Breeding diamonds such as progenitor Argentan I (Stallion of the Year 1994) and Lancet, silver medallist at the 2009’ EC in Windsor under Emma Hindle, and numerous licensed stallions as well as internationally successful sport horses originate from this outstanding performance line.