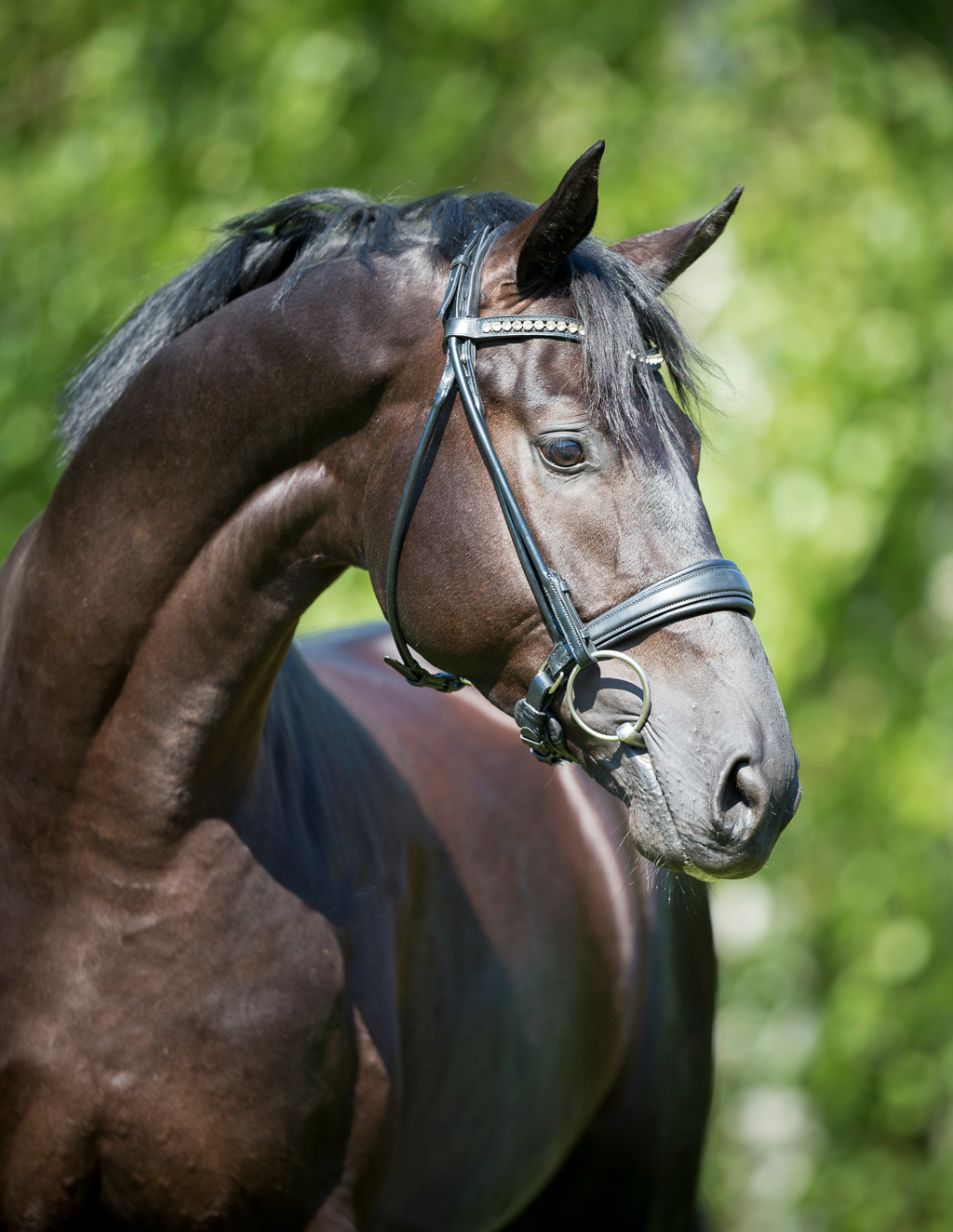 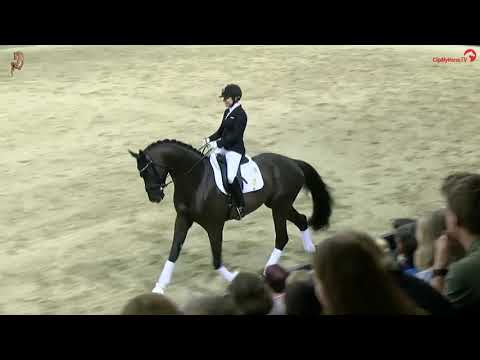 A dream in black – breathtaking appearance! This stallion is a really special one and second to none!

Maracaná‘s career is marked by superlatives. As celebrated premium stallion of the Westphalian licensing, Maracaná won sovereignly his sport test with a score of 8.62 (for walk, rideability and overall impression an 8.8, trot 8.5, canter 8.2). He also had an impressive debut in sport, receiving a score of 9.4 in a novice level test for young dressage horses. This was followed by qualifying for the Bundeschampionat with a dream-score of 9.2. Furthermore, this imposing black stallion won his first international competition on the occasion of the youngster tour at the CDI Hagen with a top-score of 86.600 percent. Several times, he received a perfect 10.0 für submissiveness.

Maracaná‘s appearance is the definition of a modern dressage stallion. His noble beauty and impressive habitus guarantee goose-bumps at every presentation. In view of his type his extremely long legs and elegance are especially eye-catching. Despite of his splendid size he embodies a noble lightness without loss of substance. Super correct, with very good legs and harmoniously built limbs, Maracaná leaves nothing to be desired in view of conformation as well.

This smart and extremely willing to work black jewel has also a very lovely character and is very people-oriented. He finished his 14-day test with a final dressage score of 8.34 and received a 9.0 for his rideability. His willingness to perform was honoured with 9.0 and his character received a 9.25.

As sire Maracaná leaves nothing to be desired. His crops inspire with an outstanding quality of movements and a modern, well-framed true to type look. So, in breeding, Maracaná presented an impressive premium stallion from his first crop at the DSP licensing in Munich.

His sire Millennium is certainly the most significant Trakehner of current breeding. He is omnipresent at licensings of all breeding associations with champion stallions and, meanwhile, about 75 licensed sons. Especially, the noble type and charisma combined with extraordinary quality of movements give prove of his striking power for refinement when looking at many of his offspring.

The dam’s sire Lord Loxley is worldwide known due to the inheritance of his outstanding quality of movements. As Bundeschampion and multiple winner in advanced level classes Lord Loxley I shines also with his highly successful offspring such as Lorenzo, who placed fifth in the individual class under the Spanish rider Severo Jurado Lopez at the Olympic Games in Rio de Janeiro.

In third generation, Lancer II brings the demanded genes of the great Landgraf again into play. Both, the sire and the son, influenced the breeding with highly successful jumping offspring, but also with numerous advanced level winning dressage offspring. Then, Ramiro, found in fourth generation, is another top Holsteiner sire in the pedigree of Maracaná.