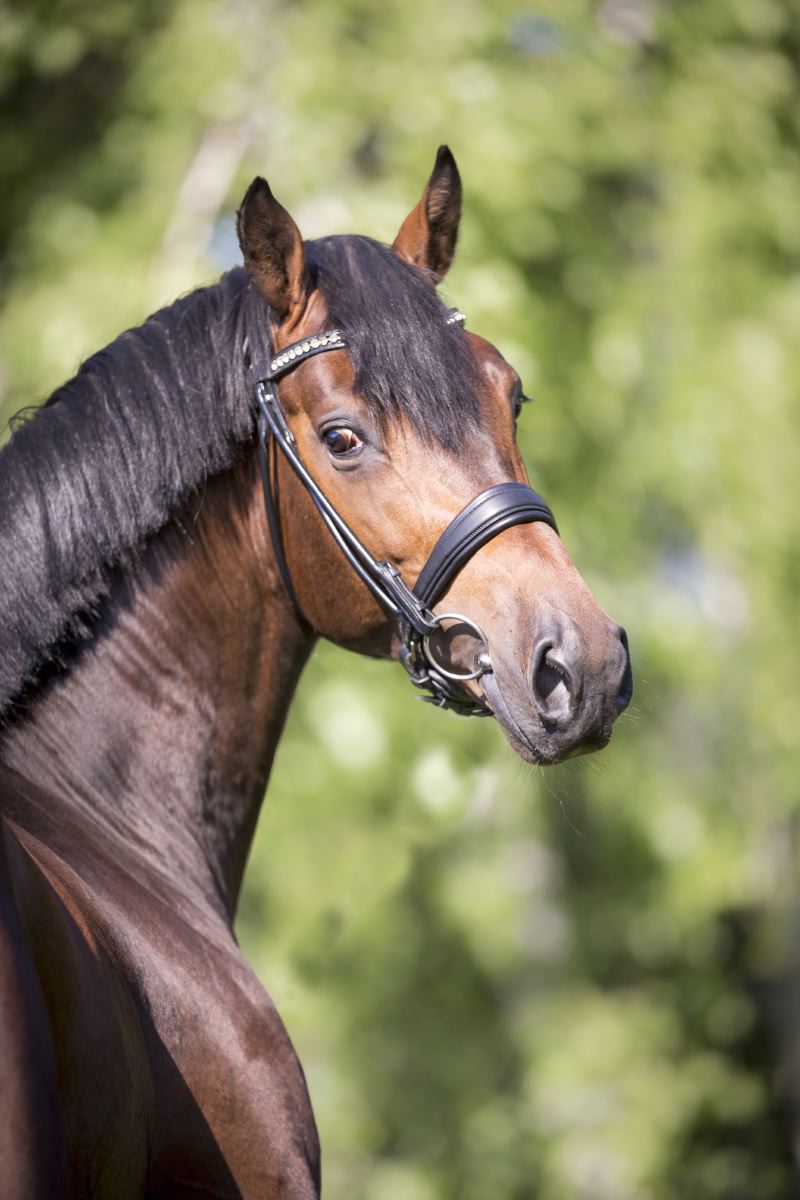 Zinedream caused great enthusiasm at both the stallion licensing of OS-International and the sport test in Verden and Münster. Especially the free-jumping revealed the enormous talent of this stallion. In the jumping-course he reveals his great talent. Distinguished with effectively unlimited jumping-ability, first-class technique and an outstanding canter, this highly modern jumper-stallion overcomes even the most challenging heights with impressive elasticity. Great skill, carefulness, fast reflexes and a clear vision dominate the performance of Zinedream when playing with the challenges of an obstacle.

Rewarded with much applause, the OS-licensing committee awarded Zinedream as undisputed Champion Stallion. Even the strict Holsteiner licensing comittee got enthusiastic about Zinedream’s free-jumping and approved him right away as one of just a few stallions from another breed. In Adleheidsdorf Zinedream finished his 14-day test with a score of 8.75 with emphasis on jumping. In 2018 he completed his sports test scoring 9.0.

Though it is not a matter of course for jumper-stallions, Zinedream attracts also with a beautiful type, outstanding walk and very correct conformation. Additionally pleasing: the fantastic character of this stallion. This quite late in the year born (in August 2014) stallion masters all situations in a cool and superior manner. In his sports test he received the daily maximum score of 9.5 for his outstanding rideability.

Zinedream’s crops inspired with modern sportiness and type. Correctly built conformation, good-sized and distinguished with a great canter, these foals knew to please beyond borders.

Origin of success is the Holstein line 8888, which also produced the sire Akribori as well as the internationally successful show jumpers MCB Carriere Eins/P.-L-. Aufrecht, Lucentino by Linton/F.-J. Dahlmann and Co Pilot/R. Goodwin.

The sire Zinedine caused attraction in sport under Ludger Beerbaum. Victories and placings in 1,60 m Grand Prixs at CSIO5* level, World Cups as well as in the Global Champions Tour speak for themselves.

In the further generations of Zinedream, the major trademark sires of Holstein breeding Contender, Landadel, Ramiro and Landgraf I, who are all absolutely impeachable in view of jumper-breeding, can be found. In sixth generation Manometer xx provides the precious refinement-blood, which can still be seen in the noble type of Zinedream. It is not possible to breed a show jumper even more consistently. This can be seen especially  in Zinedream’s first crop reflecting clearly the power of inheritance of this performance line.