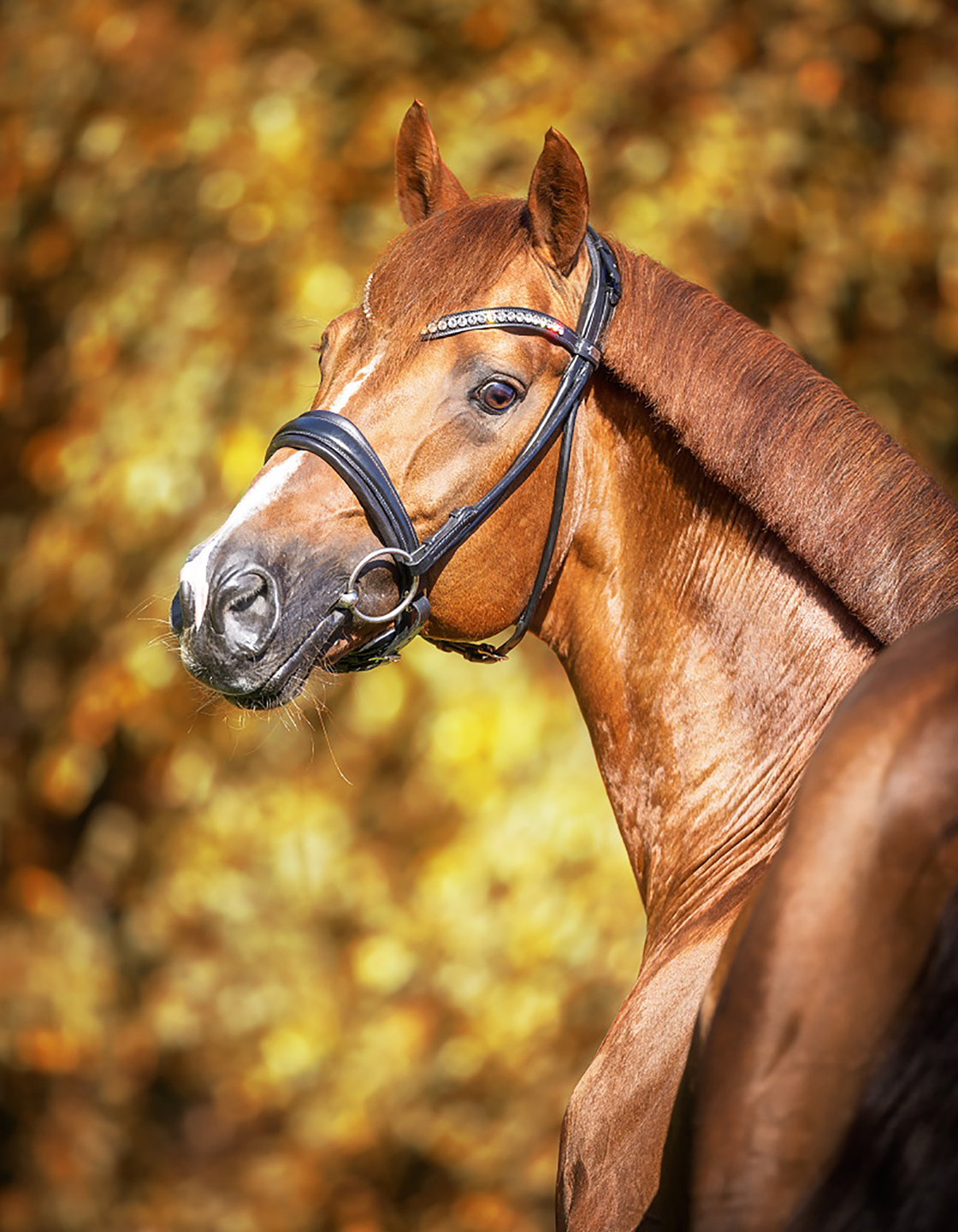 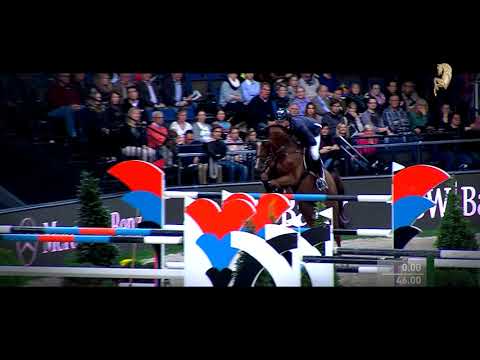 His performance record is really impressive: 23 international victories, countless victories and placings at CSI5*-level (1,60m), Nations Cup gold medal as well as 179 placings in advanced classes in total. More than half a million Euro in prize money was gained by the extremely fast Balzaci during his sports career. After nine extremely successful years in the international sport Balzaci crowned his last year with great achievements such as the win of the show-jumping ranking in Neumünster and second place in the qualifier for the Longines World Cup at the CSI5* in Leipzig. Now, in a really good shape, this beautiful stallion, gifted with smartness and charisma, has the chance to pass his top traits on to the next generations at Bonhomme stud.

By now, Balazaci’ s breeding record shines with a brilliant success rate. The Haßmann family, who got this stallion as foal, was clearly focused on the top sport. Therefore, Balzaci has only produced 10 progeny, but, those inspire already with an international winning sum of more than 60,000 Euro all along the line: Barolo/Felix Haßmann competes successfully in 1.55 classes, Blue Moon/David Jennings (USA) is successful in 1.50m classes, Bandolero/Angelique Rüsen celebrates achievements at 1.45m level, Bachus/Felix Haßmann wins in advanced (S*) classes and, just recently, Balzaci’s youngest son, out of a Lordanos dam, was licensed at the Westphalian licensing where he was auctioned for 47,000 Euro.

Balzaci is characterized by his competitive spirit, his extraordinary rideability as well as his outstanding vision and smartness in the jumping-course. His phenomenal scope is combined with a natural caution and the great willingness to win. Toughness, elasticity and his really good character make him a world star.

His sire Balou du Rouet shines among the top ten of the WBFSH ranking for the world’s best jumper-sires. He is the most successful son of the famous Baloubet du Rouet, who made history as one of the most successful horses of all times, being Olympic winner and treble World Cup winner under Rodrigo Pessoa. Beside Balzaci, he sired WC individual and EC team medalist Bianca/Steve Guerdat (SUI) as well as more than 65 licensed sons.

His dam Luisa was also dam of the international 1.60m show jumper Balance, a full sister of Balzaci, who, too, collected int. successes such as the victory of the prestigious Grand Prix of the Golden Whip in Nörten-Hardenberg under Felix Haßmann. When bred to Cellestial, Balzyna, another full sister of Balzaci, delivered Catch Me/Felix Haßmann, who was Bundeschampion of six-year-old show jumpers and is now internationally successful at advanced (S**) level.

Dam’s sire is the thoroughbred-typed KWPN stallion Ex Libris who produced top horses for both dressage and show-jumping. Pandur (by Praefectus xx), who celebrated international victories under the saddle of Heinrich-Wilhelm Johannsmann, can be found in third generation.

Under the saddle of Felix Haßmann, Balazaci celebrated 23 international victories and 177 wins and placings in advanced show-jumping classes up to S***** level in total. Therefore, only the most important int. successes are mentioned here: