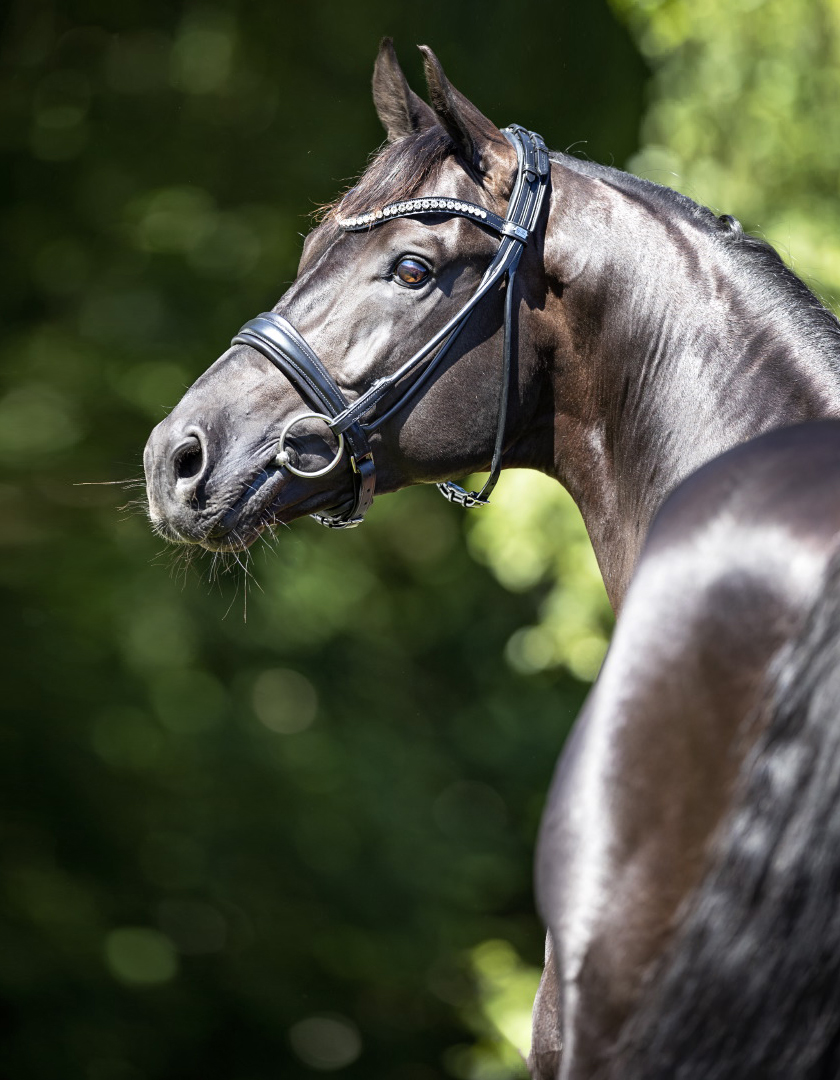 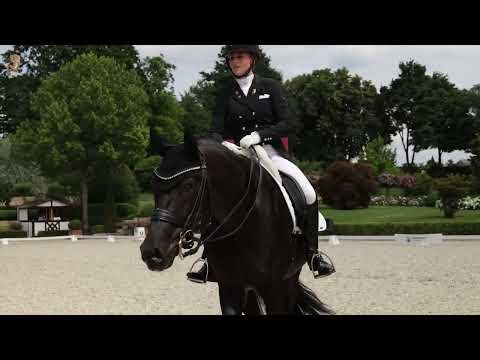 D‘Egalité inspired as the most striking stallion of all licensings in 2015. Frenetically celebrated by the crowd, D’Egalité became undisputed winner of a a group of strong competitors at the Westphalian licensing in Muenster-Handorf. In the meantime, D’Egalité thrills in sports with victories and placings up to Intermediaire I.

D’Egalité impresses especially with his noblesse, light-footedness and mechanic of movements. In the dressage arena he celebrates successes up to Inter I-classes. Numerous victories and placings in advanced classes in both national and international arenas speak for themselves.

In breeding this noble black stallion convinces with extremely modern and powerfully moving offspring. In 2021 D’Egalité was sire of the mare D’Amour, who was price highlight at the Oldenburg Elite Auction in Vechta, selling for 260.000 Euro. Furthermore, he presented a licensed son named Der Edelstein at the DSP licensing. D’Egalité‘s son Douglas became Champion of four-year old horses of Brandenburg-Anhalt and further offspring collect victories in tests for young dressage horses.

The dam’s sire Stedinger was the striking Champion Stallion at the Oldenburg licensing  and became first Reserve Champion of the main premium. Stedinger himself competed successfully up to Inter I classes and produced 39 licensed sons as well as 60 advanced (S) level dressage horses, including the international Grand Prix winner Spirit of the Age OLD/B. Brune.