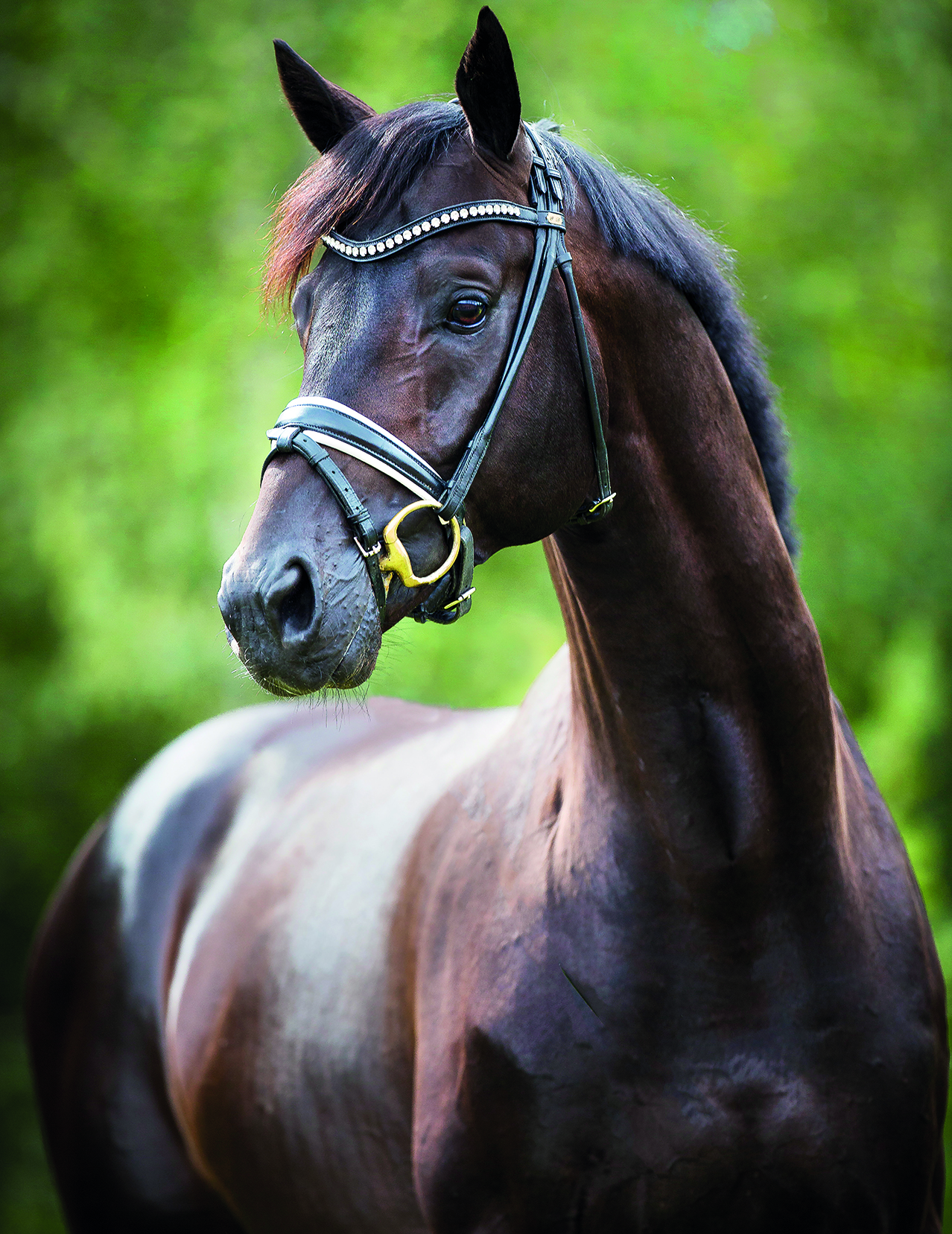 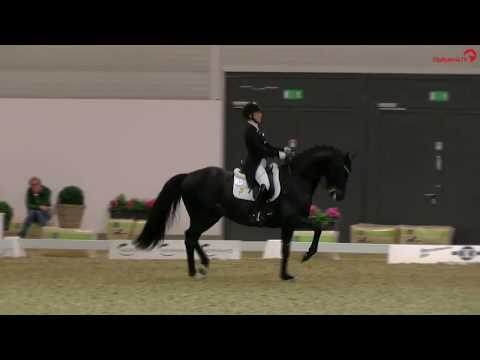 This jewel, with his highly interesting blood line, was one of the most eye-catching stallions at the Oldenburg licensing in 2012. An incredible quality of movements, enormous power from the hindquarters, an outstanding walk as well as a perfect character, charm and noblesse.

In the course of his first public presentations under the saddle Grey Flanell caused a wave of enthusiasm due to his natural cadence and outstandingly reliable rhythm, making him one of the most frequented stallions in Germany.

Because of his extraordinary first crop Grey Flanell was awarded the band of Oldenburg Main Premium Winner in 2014. Since then, many high-priced champion and auction foals have characterized the sites of different breeding areas. Grey Flanell produced auction highlights in series. A high number of his offspring were sold for high five-figure prices.

He also made a very successful career in sport: At the Pavo Cup 2014 he became best stallion of his age in a group of strong Dutch competitors.

Grey Flanell’s power of inheritance is refelcted by his very successful sons and daughters. With exceptional horses such as the Oldenburg champion Aurelia OLD or Bundeschampionat finalist and Wiesbaden winner Go Twitter OLD, Grey Flanell knows to attract as sire with his impressive breeding record. Additionally, there are seven licensed sons as well as several premium and elite daughters.

Grey Flanell passes resoundingly on his own spectacular mechanic of movements, especially his powerful hindquarters, to his offspring.

The sire Gribaldi was often the number one at the WBFSH ranking, is Elite Stallion and made it to the top as international Grand Prix horse under Edward Gal. Furthermore, Gribaldi marked distinctively  the modern sport horse breeding all over the world. The list of top-class offspring is long: Elite Stallion Hofrat, Distelzar, Painted Black and Sisther de Jeu – just to name a few –  but since Totilas has become famous, everybody knows his name.

The dam’s sire Clavecimbel won and placed with the best many times in Grand Prix classes, but then died in a tragic accident on the way to a competition unfortunately.

None other than Ferro rounds this pedigree of performance. He placed fifth in the individual test and second with the team in the Olympic Games in Sydney, took sixth place in the World Championship in Rome and second place in the World Cup final. Ferro produced numerous top horses, including the licensed sons Metall and Vice World Champion of young dressage horses, Rousseau. Grey Flanell’s granddam Janoeska, who was a successful advanced (S) level show jumper, is out of the advanced (S) level successful dressage and show-jumping mare Zanoeska (by Farn).