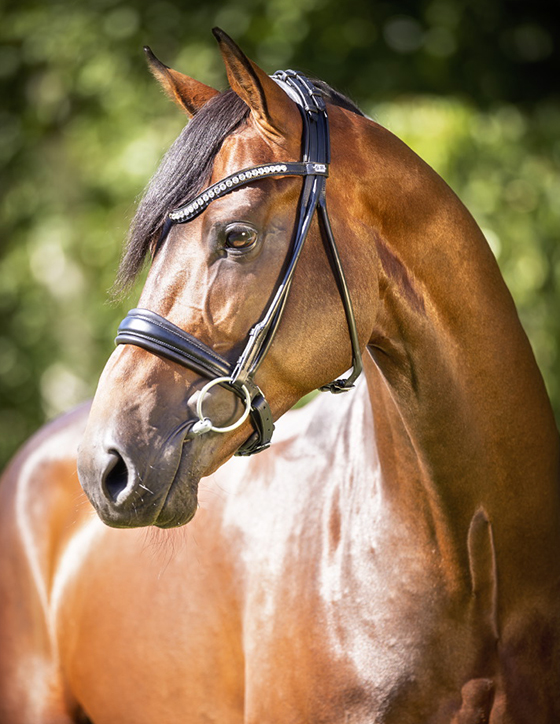 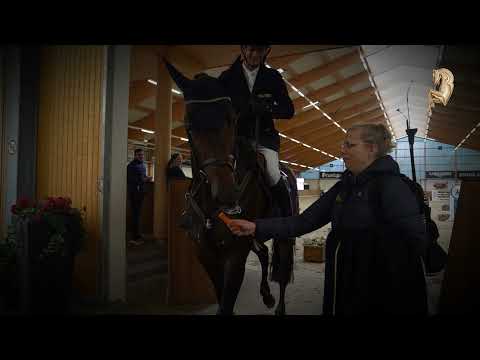 Zinedream shines brightly in the international top sport under David Will, European Vice Team Champion. At the CSI2* at the French St. Tropez, this pair inspired right from the beginning of their career by achieving three international placings. Among a strong group of competitors, Zinedream didn’t only showed off his nearly perfect manner of jumping, but also knew to convince with speed and cleverness.  In the DKB championat of the Chemnitz horse show “Grand Prix of Saxony” Zinedream and David thrilled with a fifth place on 1,45 m-level. Previously, Zinedream collected many victories and placings in tests for young show jumpers and the international youngster tours under Felix Haßmann.

In the jumping-course the great talent of this stallion shows itself. Distinguished with enormous scope, the best technique and excellent canter, this top modern sport stallion jumps over the most challenging heights with an impressive elasticity. It’s not always natural for a jumper stallion, but Zinedream is gifted with a very beautiful type and a very good character. Especially his character is absolutely lovely and he masters every situation with coolness and vision.

Already in his performance tests Zinedream gave  a clear sign of his amazing talent. In 2019 Zinedream finished his sport test for five-year-old stallions with a top score of 9.58. His subscores were: 9.8 for canter, 9.5 for jumping-ability, 9.5 for jumping-technique, 9.5 for rideability and 9.7 for the overall impression. In 2018 he completed his success and finished his sport test for four-year-old stallion with a top score of 9.0. At his 14-day test in Adelheidsdorf, Zinedream received a final jumping score of 8.75. In 2016 Zinedream took the title Champion Stallion at the licensing of Springpferdezuchtverband Oldenburg International.

In breeding Zinedream had a first-class debut as sire: Six licensed sons including three premium stallions and a stallion performance test winner speak for themselves. All stallions attract attention due to their extremely light-footed and elastic jumping as well as their beautiful type.

Zinedream’s offspring are characterized by a modern sporty look and type. Correctly built, well-sized and distinguished with a great canter – his foals are appreciated beyond borders. Under the saddle, too, Zinedream’s offspring delight their riders not just with their outstanding jumping talent, but also with the finest rideability and natural coolness and vision.

The sire Zinedine caused attraction in sport under Ludger Beerbaum. Victories and placings in 1,60 m Grand Prixs at CSIO5* level, World Cups as well as in the Global Champions Tour speak for themselves.

Origin of success is the Holstein line 8888, which also produced the sire Akribori as well as the internationally successful show jumpers MCB Carriere Eins/P.-L-. Aufrecht, Lucentino by Linton/F.-J. Dahlmann and Co Pilot/R. Goodwin.

In the further generations of Zinedream, the major trademark sires of Holstein breeding Contender, Landadel, Ramiro and Landgraf I, who are all absolutely impeachable in view of jumper-breeding, can be found. In sixth generation Manometer xx provides the precious refinement-blood, which can still be seen in the noble type of Zinedream. It is not possible to breed a show jumper even more consistently. This can be seen especially  in Zinedream’s first crop reflecting clearly the power of inheritance of this performance line.