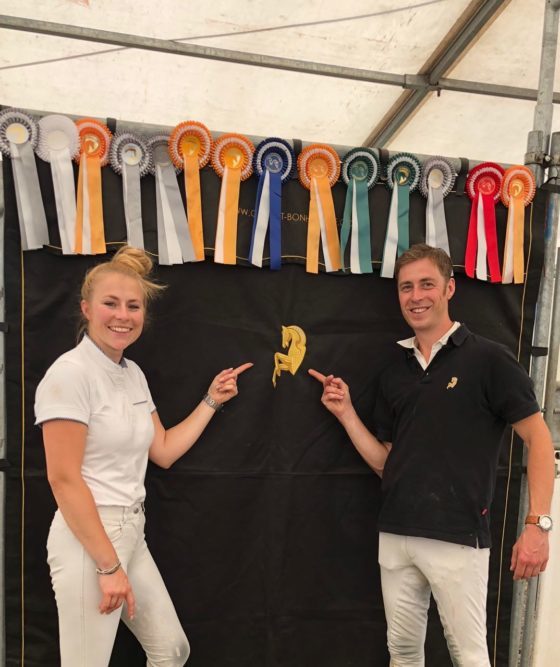 The dressage team celebrated excellent successes in Wernsdorf this weekend. Fiderdance and Lena Waldmann were particularly enthusiastic with a victory in the Intermediaire II with a very good 74. 342%. Cadeau Noir and Bart Desender were happy about three loops. His rich yield was a victory in the M*-dressage, 3rd place in the M**-dressage and 6th place in the S*-dressage. With Feu D’Or Bart had a second iron in the fire. He secured silver in advanced (S*) level dressage and seventh place in another advanced (S*) level dressage competition. Lena celebrated victory with Robin by Rob Roy in an M**-dressage, silver in an S*-dressage and 6th place in another S*-dressage. With Sandro’s Song by Sandro Song Lena won the silver medal in an M** dressage and another place in an S* dressage. The young stars of Team Bonhomme were also very successful. Friend for Life by Fiorissimo won the dressage horse class L with Lena with 8. 1 In the novice class dressage horses the two won the silver medal. The victory in this competition went to his stable mate Best before Midnight by Black Ruby and Bart.

The jumping team started this weekend in Oberfrauendorf. Saskia Conredel was happy about 6 rounds with Chocolat, Schenkenberg and Carla v. Couleur Rubin. The final placement of Schenkenberg in the M**-Youngster Tour was particularly pleasing.