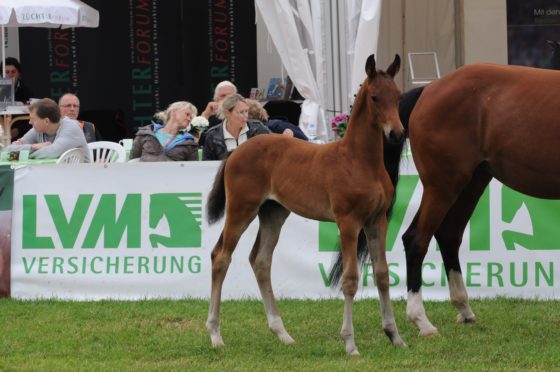 The most important foal show in Germany is the German championship for foals in Lienen. It is an honour for every breeder to be invited to that show. Morricone presented the silver medal colt at the final ring. The reserve champion is named Malicorne and out of an Dumont-Ragazzo-dam. The proud breeders are Jana and Jörg Pontow from Greifendorf.