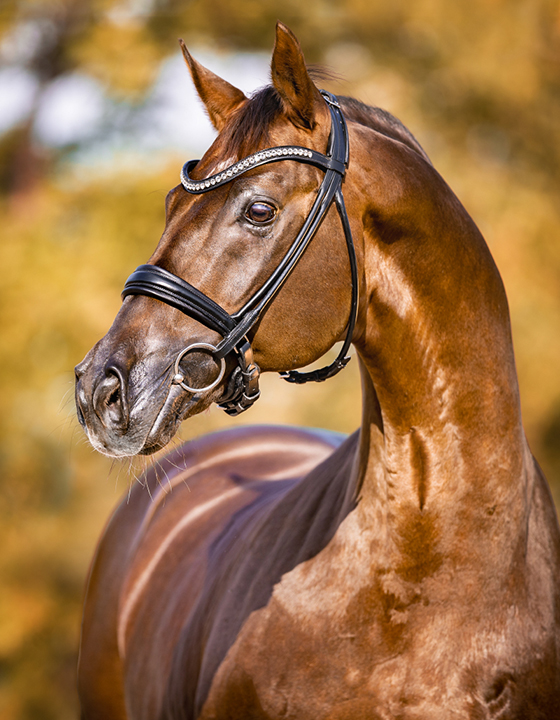 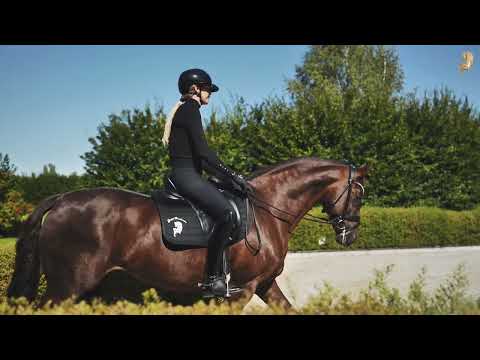 Fiderdance is truly made for championships! This was proven impressively by him under the saddle of Simone Pearce at the World Equestrian Games in the Dutch Herning in 2022. Together they finished the Grand Prix with a placing among the top 20 from all around the world. Furthermore, Fiderdance and Simone made it to achieve the needed result for a timely qualifying of the Australian team for the 2024’ Olympics Games in Paris/FRA.

In the 5* Grand Prix Tour of the prestigious CHIO Aachen, Fiderdance and Simone underlined again, that they definitely belong to the world’s best. In a group of extremely well-performing competitors they made it to reach the Grand Prix freestyle final by achieving to placings before. At the beginning of their career as sport partners, Fiderdance and Simone won several times in international Grand Prix as well as Grand Prix Speciàl classes, so qualifying for the WEG in Herning.

2019 Fiderdance was ranked silver in the final of the prestigious Louisdor Trophy, the most important series for up-and-coming Grand Prix horses in the Frankfurt Festhalle. 2016 Fiderdance entered the final of the renowned Nürnberger Burgpokal and became the most succelful seven-year-old stallion in Germany, beeing placed 8th.

Due to his charisma, his three excellent basic gaits, his ideal freedom of shoulder and his serene character he belongs to the most exceptional stallions. Striking and unique! These are the words describing best the extraordinary willingness to perform and rideability of this stallion.

His foals distinguish themselves by long-legged modernity as well as excellent quality of movements and freedom of the shoulders. Also under the saddle, the offspring please with exquisite elegance and rideability passed on resoundingly by their sire Fiderdance. His eldest offspring compete successfully in tests for young dressage horses. In 2018, his son Fidelity impressed at the Oldenburg licensing with an outstanding basic quality and received the coveted license. Fidelity became the Reserve-Oldenburg state champion in Rastede later on.

The dam’s sire Don Schufro ranks as ingenious sire, being ranked on top of FN’s estimated breeding value statistics ten times. He himself competed highly successful in international Grand Prix classes, became Danish Champion in 2008 and crowned his sports career with the team bronze medal at the 2008′ Olympic Games. The most famous horses among his offspring Weihegold OLD, Olympic team gold medalist and individual silver medalist with Isabell Werth.

The further dam line is known for 50 licensed stallions such as Dobrock, Donatelli I and II and Placido as well as highly successful sport horses, including  the winner of the Nürnberger Burgpokal Trophy Blind Date by Breitling under Victoria Max Theurer.