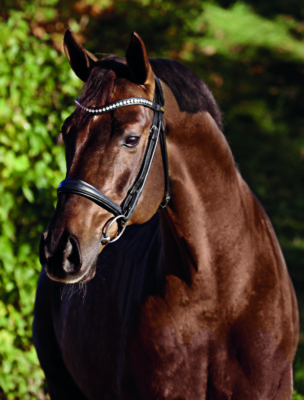 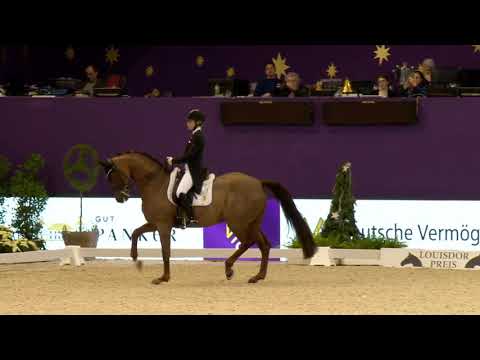 Highly modern appearance paired with a striking mechanic of movement, light-footedness and elegance – that’s what Fiderdance embodied when he presented himself at the Oldenburg licensing in 2011. Due to his charisma, his three excellent basic gaits, his ideal freedom of shoulder and his serene character he belonged to the most exceptional stallions there. At his 30-day test in Schlieckau Fiderdance inspired again with brillliant scores for all basic gaits, willingness to perform and rideability.

In 2021 Fiderdance captured impressively the international grounds of top sport with Lena Waldmann. At the highest level this young pair presented at top shows, such as the CHIO in Aachen (fourth place in Grand Prix Special) or the World Cup in Polish Zakrzów (fourth place in the World Cup Freestyle), that international competitors have to expect a promising performance from them worldwide.

Already in 2020 Fiderdance and Lena had an incredible rise to the top royal class of dressage. Numerous victories and placings in Grand Prix and Grand Prix Special classes decorated their absolutely full performance record. This was even crowned by taking the silver rank in the final of the prestigious Louisdor Trophy, the most important series for up-and-coming Grand Prix horses in the Frankfurt Festhalle.

His foals distinguish themselves by long-legged modernity as well as excellent quality of movements and freedom of the shoulders. Also under the saddle, the offspring please with exquisite elegance and rideability passed on resoundingly by their sire Fiderdance. His eldest offspring compete successfully in novice (A) level tests for young dressage horses. In 2018, his son Fidelity impressed at the Oldenburg licensing with an outstanding basic quality and received the coveted license.

The dam’s sire Don Schufro ranks as ingenious sire, being ranked on top of FN’s estimated breeding value statistics ten times. He himself competed highly successful in international Grand Prix classes, became Danish Champion in 2008 and crowned his sports career with the team bronze medal at the 2008′ Olympic Games. At the moment, the most famous horses among his offspring are  Weihegold OLD, Olympic team gold medalist and individual silver medalist.

The further dam line is known for 50 licensed stallions such as Dobrock, Donatelli I and II and Placido as well as highly successful sport horses, including  the winner of the Nürnberger Burgpokal Trophy Blind Date by Breitling under Victoria Max Theurer.